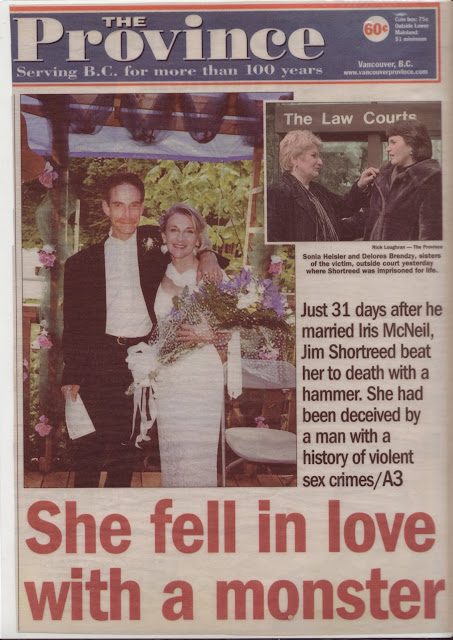 James Shortreed is a murderer who lived in Vancouver, British Columbia, Canada and was born and raised in Ontario, Canada.  This blog is created by victims of Mr. James Shortreed.  He murdered Iris McNeil (his new wife). Iris McNeil was brutally murdered on July 23, 1997 by her new husband James Shortreed.  Mr. Shortreed murdered her by bludgeoning her to death in her sleep with a hammer and then dismantled her body and placed it in their apartment freezer.  Mr. Shortreed has a criminal history including rape and confinement.  Iris was a remarkable women and a federal customs officer.  Mr. Shortreed was sentenced to a life sentence with parole eligibility after 13 years. This website is to inform you of up date information on Mr. James Shortreed.  He is applying for unescorted temporary absences on October 31, 2012.  Please see October 26, 2012 news video link. http://www.globaltvbc.com/video/family+fights+james+shortreed+parole/video.html?v=2297453070#stories 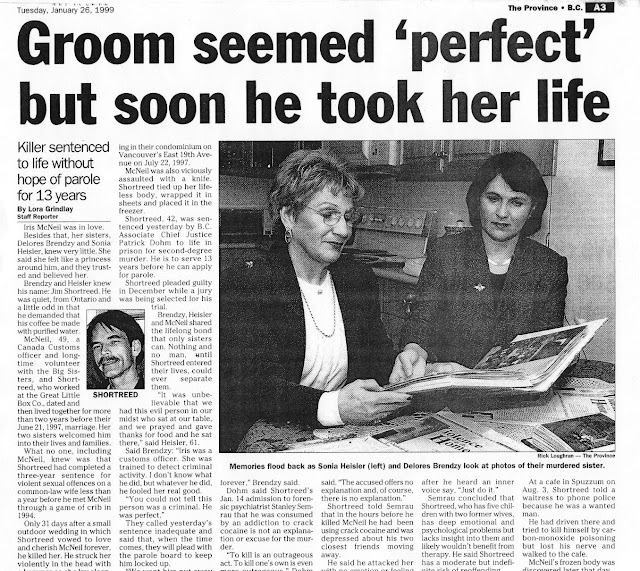 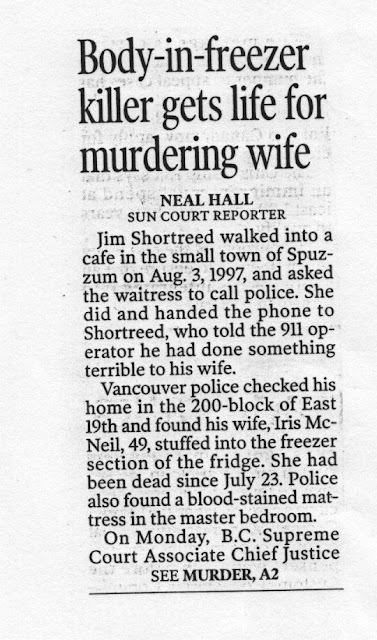 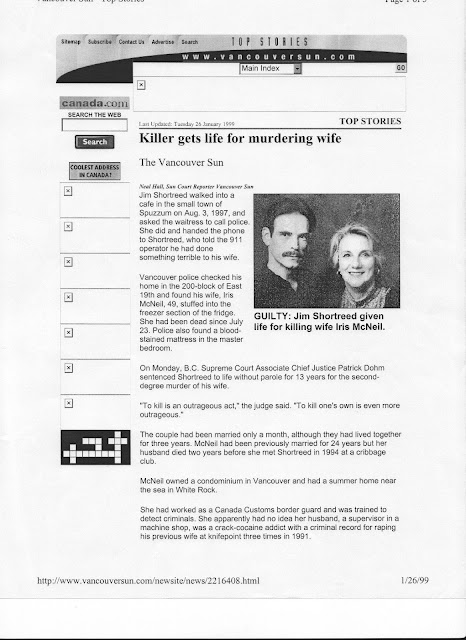 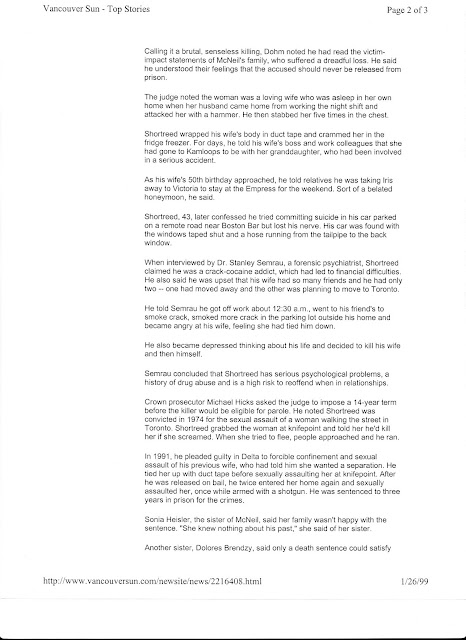 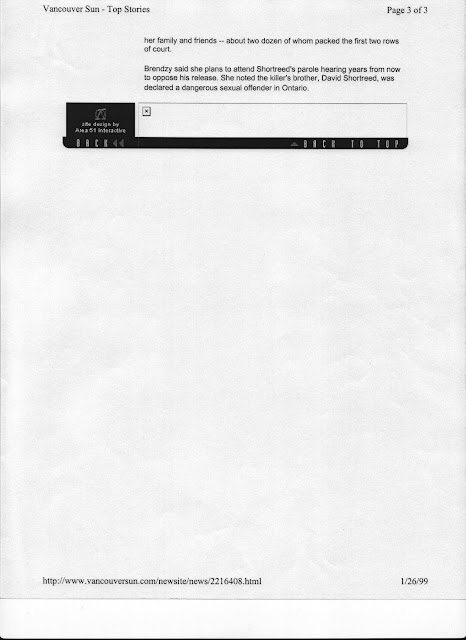 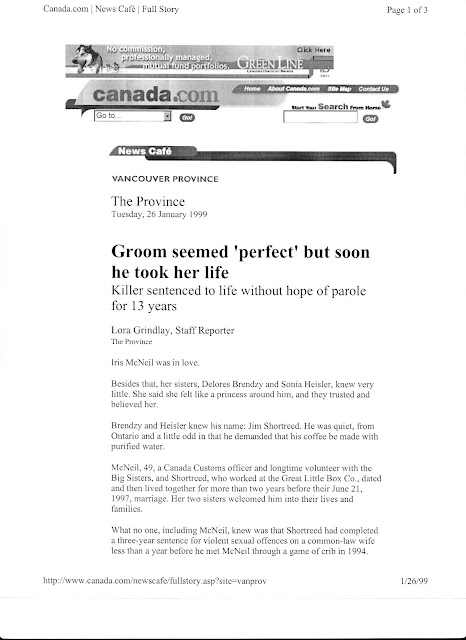 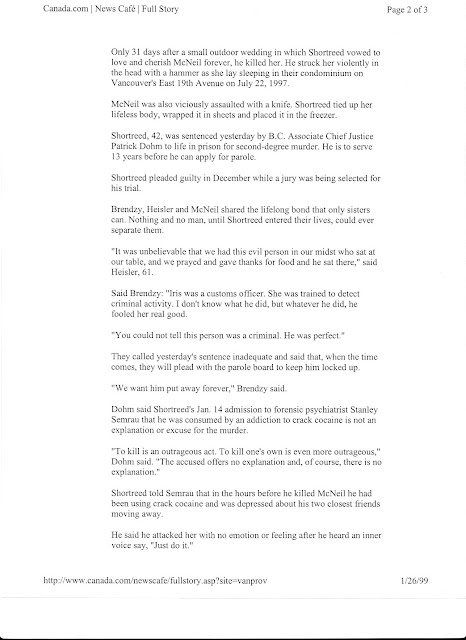 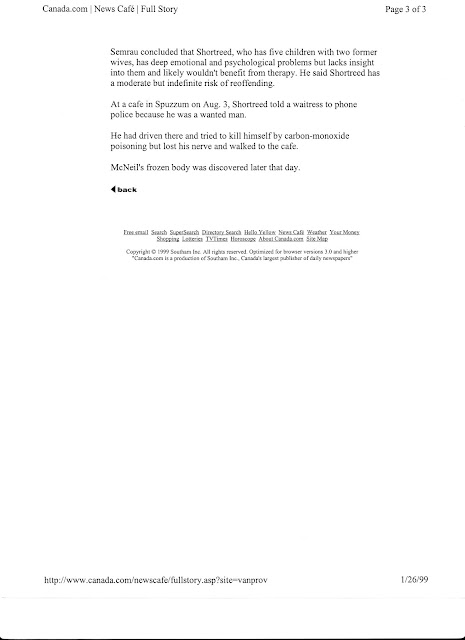 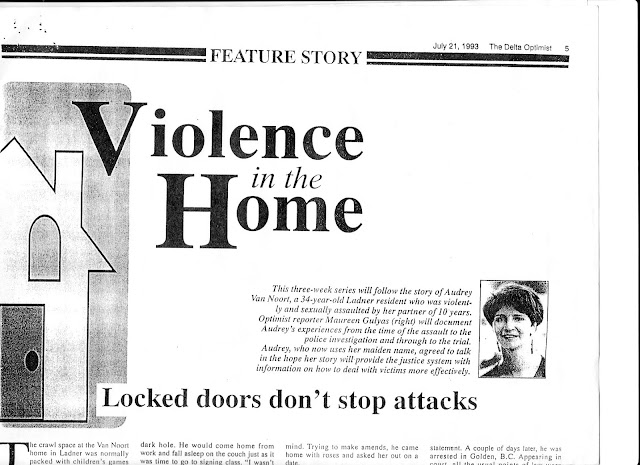 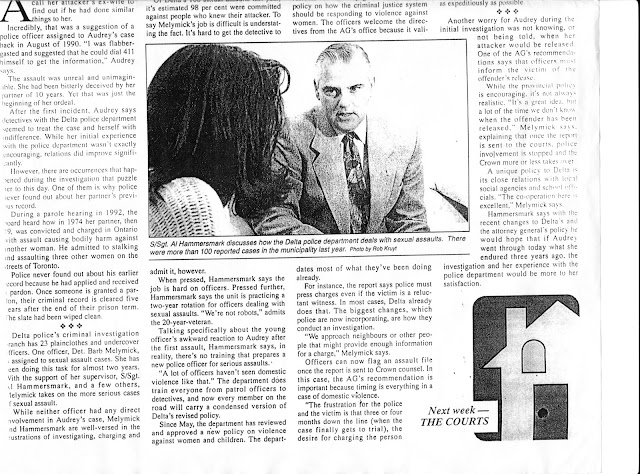 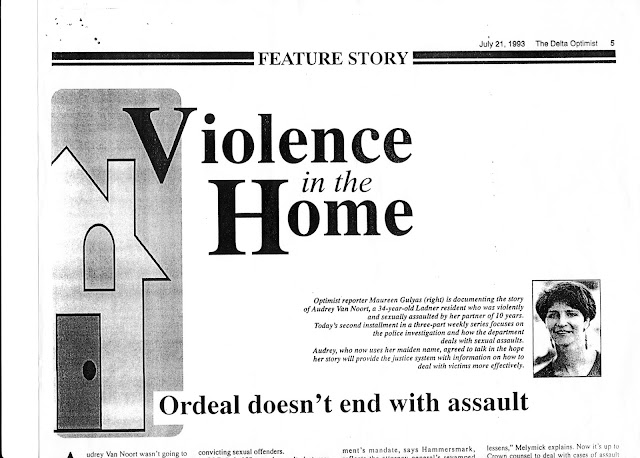 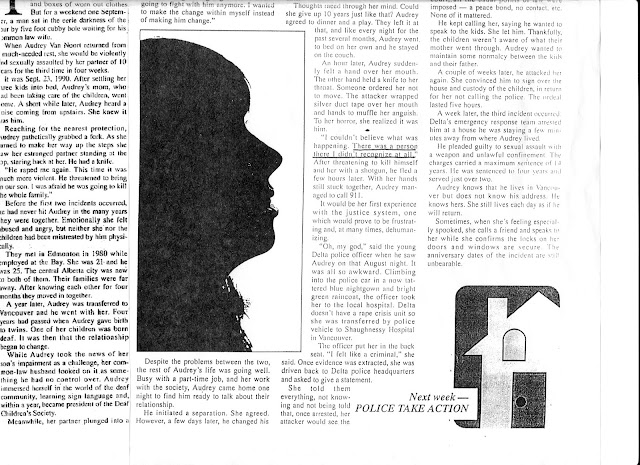