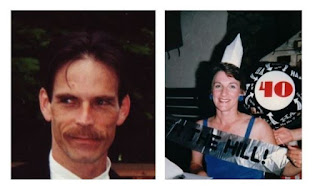 In May 2021 (specific date to be announced) James (Jim) Shortreed is scheduled to have a Full Parole Hearing for the horrific murder of Iris McNeil. www.jamesshortreed.com #justice4iris #JamesShortreed

James Shortreed is a murderer who lived in Vancouver, British Columbia, Canada, and was born and raised in Ontario, Canada.  He brutally murdered Iris McNeil on July 23, 1997, shortly after their wedding by bludgeoning her to death in her sleep with a hammer and then dismantling her body and placing it in their apartment freezer. Shortreed was sentenced to a life sentence with parole eligibility after 13 years and is currently incarcerated at William Head Institution in Victoria, British Columbia, Canada. Iris was a remarkable woman, grandmother, and federal customs officer.

Shortreed has a criminal history including rape (sexual assault) and confinement.  In a previous offence, he violated probation conditions that resulted in a violent sexual assault crime of another woman.

If full parole is granted, then this horrific murderer, James Shortreed, will be living in our community.  The safety and security of Canadians and more specifically, women will be at risk.